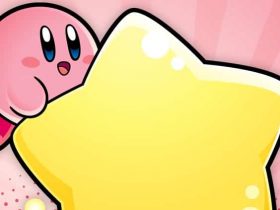 Creator of the Dragon Quest series, Yuji Horii, has revealed during an interview with Nintendo Power that the tenth instalment of the popular RPG franchise is due to be released for Wii with more details being announced later this year.

In response to a query as to the advantages of making a Dragon Quest title on a home console again, following the developer’s experience in releasing Dragon Quest IX: Sentinel of Starry Skies on Nintendo DS, Horii responded “The next Dragon Quest game, Dragon Quest X, will actually be released on Wii. I feel that some users will want to play Dragon Quest on the big screen, which is why we are working toward releasing it on Wii.”

He continued, “Of course, in the future we might develop on handhelds again, so it’s really a case-by-case basis. It all depends on what the customer wants at that time. Something else we hear is that players want a new Dragon Quest that follows the same system of Dragon Quest VIII, so that’s something else we’re taking into consideration while in development for a Dragon Quest on Wii.”

Then, having been questioned as to how development was progressing on Dragon Quest X, Horii replied “All we can say is that development is going well and we’re on the last parts of the game. We can’t really share much else at this point, but by the end of this year we should be able to announce something regarding it.”