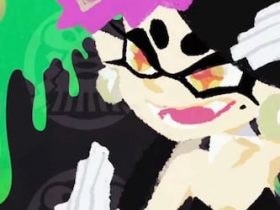 Square Enix have today announced during a press conference that Dragon Quest X will be released for not only the Wii, but also for Nintendo’s forthcoming Wii U.

To be known as ‘Dragon Quest X Mezameshi Itsutsu no Shuzoku’ in Japan, which translates to something along the lines of ‘Dragon Quest X: The Five Awakening Races’, the next instalment will be an Online RPG that will allow friends to form parties and co-exist with other players in an online world.

The game is being developed internally at Square Enix, with series stalwarts Yuji Hori, Koichi Sugiyama and Akira Toriyama returning to their roles as designer, composer and character designer.

Whilst the Wii U is backwards compatible with Wii titles, Square Enix confirmed that there would be a separate Wii U version with updated visuals, and that both will be cross-platform compatible.

There will also be connectivity with the Nintendo 3DS, with Hori discussing ideas for a system where they can transfer their character to the handheld for SpotPass exchanges whilst on the go.

Square Enix also announced that there’d be a Beta phase for the game, with the finalised title due for a 2012 release.