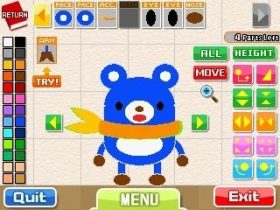 Square Enix have announced that they will release Dragon Quest VIII for Nintendo 3DS in Japan.

It was the first entry in the long-running series to have 3D environments and character models, and initially launched on PlayStation 2 before more recently being ported to iOS and Android devices.

Players assume the role of a Trodain guard, tasked with breaking a curse cast on Trodain castle by rebellious court jester Dhoulmagus. This has turned King Trode into a troll, princess Medea to a horse, and everyone else in the castle to plants, and you join forces in your quest to reverse the spell.

This Nintendo 3DS retelling will add a new scenario and party character, as well as additional voicework and an orchestral soundtrack.

Dragon Quest VIII will release for Nintendo 3DS in Japan on August 27th, priced at 5,980 yen.