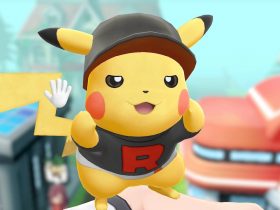 Electronic Arts has announced that Division Rivals will replace Online Seasons in FIFA Ultimate Team 19, letting players compete against other players that are in the same Division as them.

This new mode presents a chance to discover your place in the community, taking on players from around the world that are of a similar skill level for the chance to earn weekly rewards.

After playing a set of placement matches to see how you stack up against other players, you will be assigned a Skill Rating based on your performance.

That will determine your Division, and, as each week passes, the matches that you play will impact your Skill Rating – with the opportunity to move to a higher Division if you perform well.

Your weekly score will determine your rank in the Division, with a higher rank meaning a better choice of rewards.

Every win will also award you points that can be used to qualify for the Weekend League, which themselves will let you earn more points to enter a future Weekend League.

FIFA 19 will release for Nintendo Switch worldwide on September 28th.