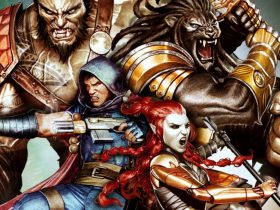 Los Angeles will come alive with the sweeping scores of Square Enix’s Final Fantasy series this year, today seeing the announcement that a Distant Worlds concert will be held during E3 2015.

This will take place at the Nokia Theatre L.A. LIVE on 17th June 2015, and will see conductor Arnie Roth take to the stage to guide the Distant Worlds Philharmonic Orchestra through a “special new program which features music from all fourteen games of Final Fantasy!”

Those in attendance can expect the North American Premiere performances of the monumental Final Fantasy I – XIV Battle Medley, Final Fantasy XIV: Torn From The Heavens and Final Fantasy VII: Jenova Complete, with the concert organisers also promising “the world premiere of a new Final Fantasy score.”