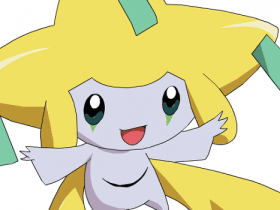 Disney Universe is the latest release from Disney Interactive Studios, fusing some of their best-loved properties in a four-player co-operative that seemingly blends character visuals similar to those in Little Big Planet with gameplay elements akin to that of the hugely popular LEGO games. In the capable hands of developer Eurocom, who will be familiar to the Wii audience for their efforts on GoldenEye 007 released last year, does Disney Universe prove to be another success?

There are six Disney worlds for you to explore inspired by Aladdin, Alice in Wonderland, Monsters Inc., Pirates of the Caribbean, The Lion King and WALL-E, each offering three individual levels that are themselves further split into three separate stages. When you begin you’ll have enough Disney coins to unlock a single world, within which you will then gather more to be able to unlock additional worlds to investigate. 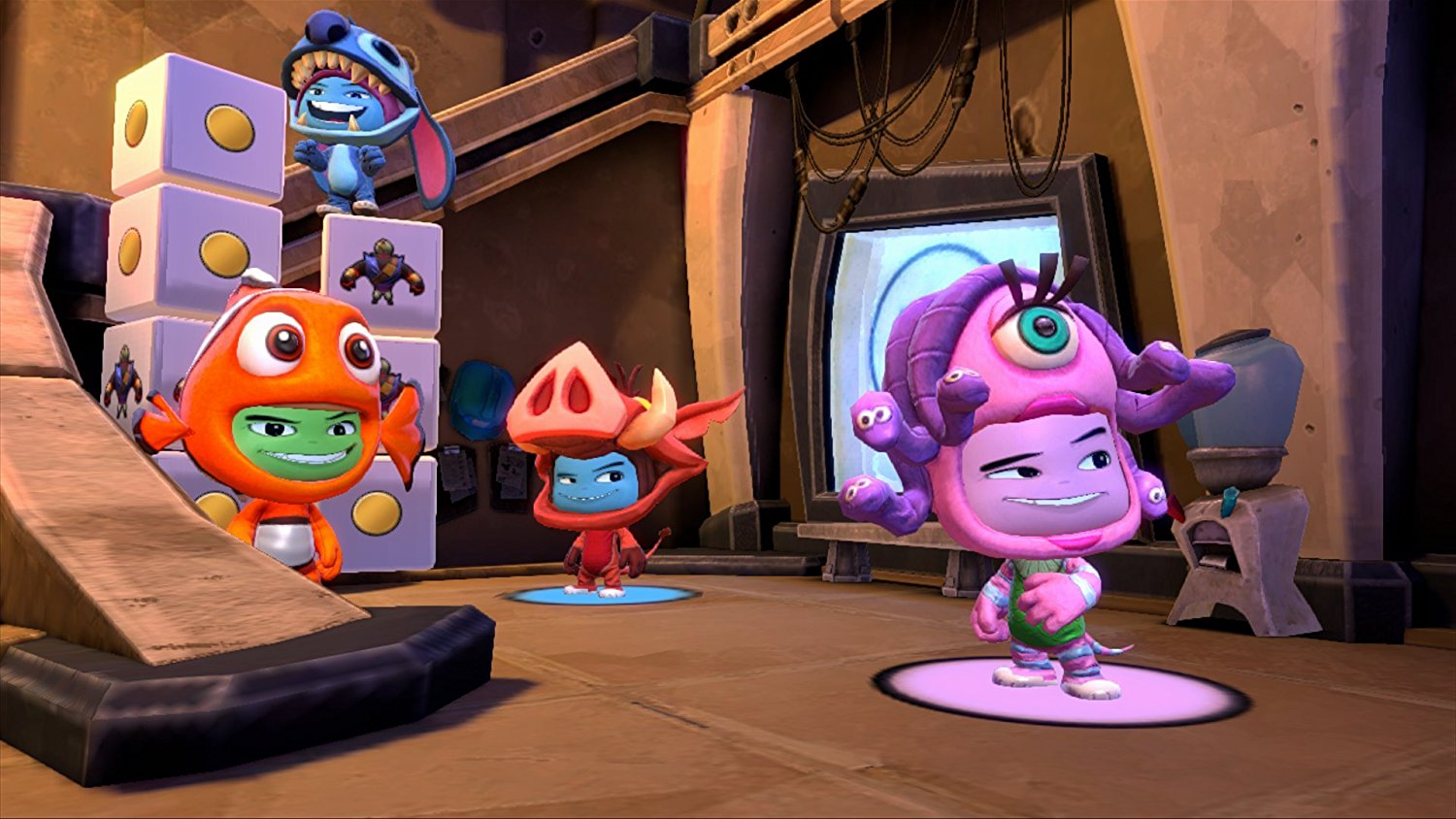 Each provides its own spin on the relevant franchise that it takes inspiration from, and when you start but what becomes an initial disappointment is that repetition, unfortunately, becomes a significant factor within an otherwise enjoyable platform title. Countless sections will see the player, or group of players, required to fix cannons to then destroy targets, use bombs to remove rubble, water bombs to allow plants to grow to form ledges, and returning level handles to their relevant contraptions. In certain instances, following the completion of your current objective a Challenge arcade machine may immediately spawn within the nearby vicinity, granting players the opportunity to push their skills to the limit in a range of point scoring and survival challenges.

A multitude of power-ups provides much-needed variety to combat, which in itself remains to be relatively basic. You’ll find yourself firing swarms from a Bee Hive, using Medusa’s gaze to turn foes to stone or just a straight-up Laser Gun, whereas physical combat sees you use a staff or rod based upon the franchise of your chosen character costume, with which you can employ moves such as an Uppercut, Uppercut Slam, Ground Slam Attack or Counter-Attack. However, a. s you’re only ever steadily swarmed by weaker enemies, such moves become irrelevant and you’ll find yourself just repeatedly hitting the attack button to swing your staff back and forth. 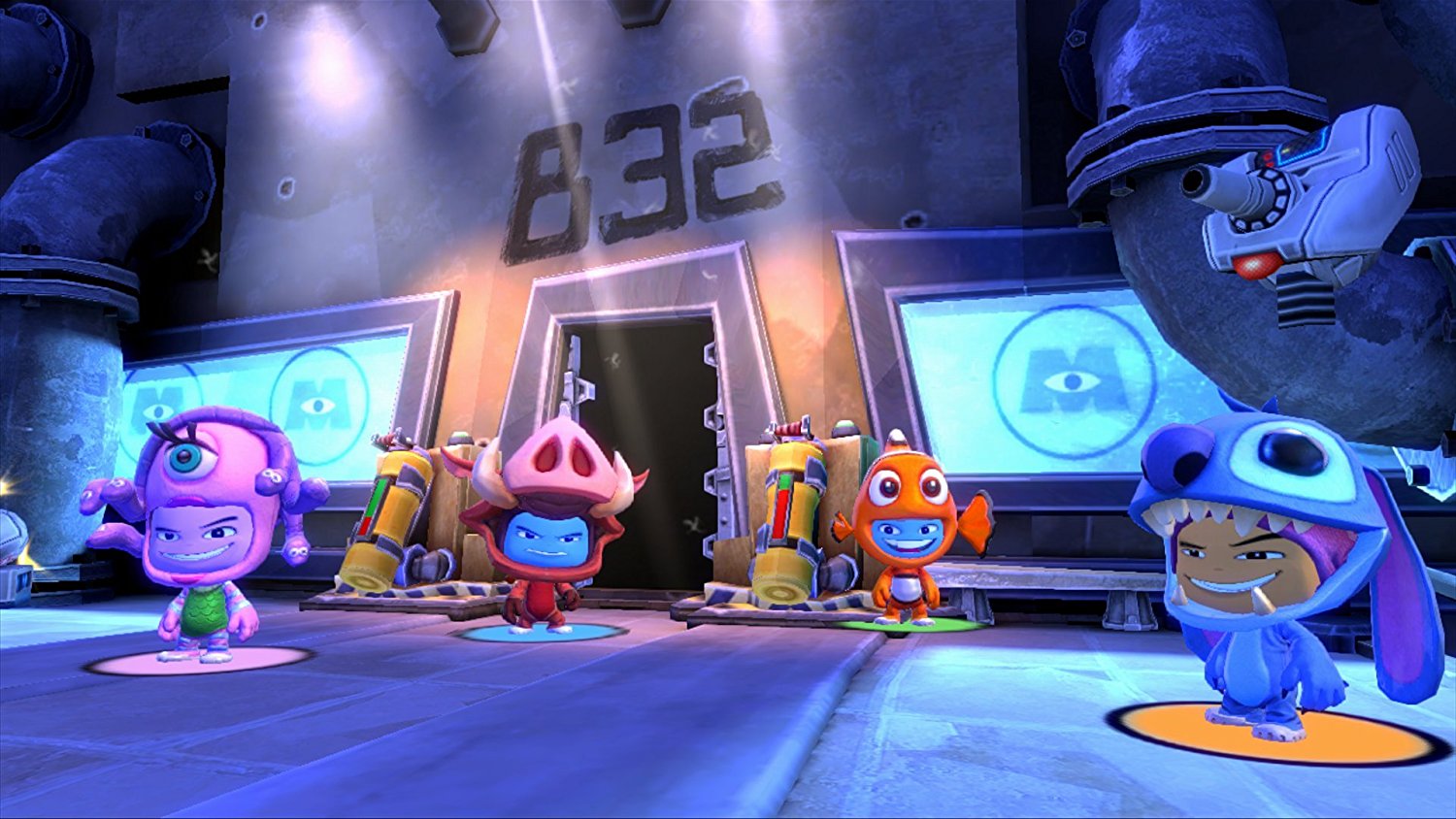 Stars, hidden within chests that must be unlocked by a key, also grant the ability to level up the weapon of your chosen character. Strengthening their attacks, and allowing you to deal greater damage to enemies. Level completion also sees you rescue characters with obtainable costumes, the player then able to unlock these to be playable from the main menu screen. The costumes themselves are from a broader array of Disney properties than those of the levels, including characters from Lilo & Stitch, Tron: Legacy, Mickey Mouse and Finding Nemo.

Regrettably, I think that the most surprising absence with Disney Universe is that it is completely devoid of the charm and personality of the source material. Beyond the plentiful character costumes, it is only really the artwork backdrops to the levels that provide any association to that of the Disney films with the iconic soundtracks not even being included bizarrely. 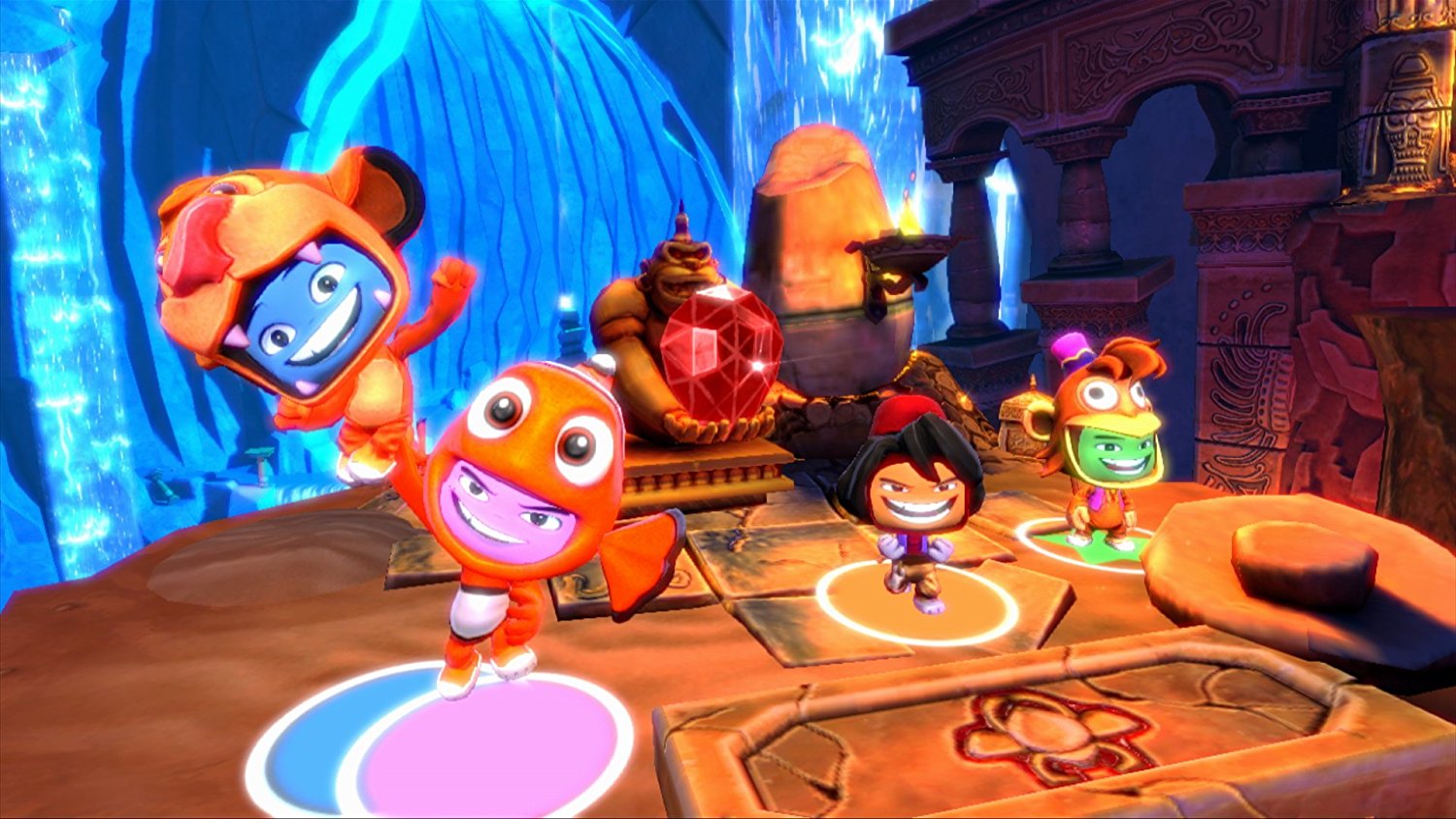 If there are moments where Eurocom’s game design truly shines, it is within the boss battle design. Pitting you against the respective films’ villains, it is clear that more thought has gone into ensuring that these are varied, engaging instances that do stand out. Using a cannon to battle Scar having made your way along what is in effect a shooting gallery easily brought a grin to my face that had been absent for the rest of the game, and other more puzzle-based boss encounters offer the variance that isn’t evident elsewhere.

So, Disney Universe irrefutably offers family-friendly fun but isn’t without its shortcomings. It still remains to be an enjoyable platform title – especially when played with others – yet fails to elevate itself above the rest of contenders within its genre due to spades of repetition and a surprisingly distinct lack of Disney spark.