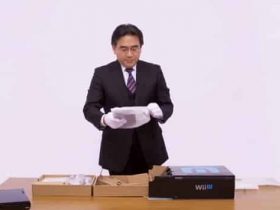 The Walt Disney Company France have begun issuing press invites to an event due to take place on Tuesday 27th March.

Here they promise to reveal an ‘epic project’, alongside a presentation by Junction Point studio director Warren Spector.

Of course, this continues to point toward an oft-rumoured Disney Epic Mickey sequel reveal, previously leaked information having suggested that the game was set for Xbox 360, PlayStation 3 and Wii, and will introduce a two player co-operative mode in which you’ll play as Mickey Mouse and Oswald the Lucky Rabbit. The Magic Brush mechanics return, allowing you to apply paint and thinner to directly alter the world around you. Oswald himself will have his own unique abilities including flying like a helicopter and using electricity to either fight or befriend enemies.

This was then followed by a further rumour in which it emerged that Junction Point were “implementing Wii U support for Disney Epic Mickey 2”, although it was uncertain as to whether this was merely tablet support for the Wii version.

Still, it appears we’ll have concrete details soon enough, and I certainly can’t wait to hear more about what the sequel has in store.

[Thanks All Games Beta]