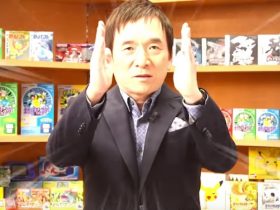 Pokémon Sun And Moon News Promised On May 10th

It has emerged that Disney Interactive are currently working on an unannounced medieval fantasy game for Wii U, although it is unknown whether this is exclusive to the console.

The news emerged courtesy of character artist and 3D modeller Cari Mayle’s portfolio, where she has received permission to share characters that she has created for the undisclosed title.

“These medieval fantasy characters are from an upcoming game for the Wii U (shown with permission),” Mayle writes on her portfolio. “The character designs are by me (with the exception of the dwarf and dark skull knight). Environmental art and design created by me as well. They are not shown, but have a small sample of them with the character stands.”

Unseen64’s Tamaki, who unearthed Mayle’s character art, shares that it remains in development, although little else is known beyond this. We’ll keep you posted as we learn anything more.