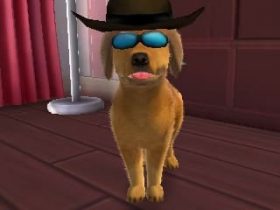 Speaking to Game Informer in a Disney Infinity 3.0 Edition special edition podcast, he was asked as to how Disney are making sure that there’ll be enough stock given enthusiasm surrounding the addition of Star Wars characters.

The question, made in relation to amiibo’s turbulent demand, saw Vignocchi share that it would be “totally irresponsible” to not make sure that parents can source their child’s favourite new figure.

Frustration, he says, is never intended, and they want to see everyone enjoying the game rather than hunting around local retailers.

“We don’t ever try to deliberately create a shortage to create demand,” Vignocchi began. “That is the most totally irresponsible and uncool thing to our fans.

He continued, “And, because, if we do create a shortage, then guess what? Someone will go and pick up a different toys-to-life game because there favourite character is not there, and, guess what, we lose a fan. And that’s the worst thing that we can possibly do.”

Disney Infinity 3.0 Edition will release on Wii U in Europe and North America later this year.