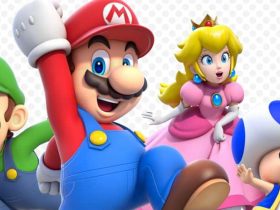 Nintendo of America to participate in Extra Life gaming marathon

Disney Interactive Studios have confirmed that they are to release a soundtrack for recent Nintendo Wii exclusive, Disney Epic Mickey. To be published on the Walt Disney Records label, the soundtrack will be available digitally through iTunes and other digital music services from December 21st, and is to be filled with a 20-strong track listing of Emmy winning composer Jim Dooley’s work for the game.

“Jim Dooley perfectly understood the concept of classic Disney sound and was able to compose a slightly off-center feel to match the unique world of Wasteland in Disney Epic Mickey,” commented Warren Spector, Creative Director at Junction Point. “The range of emotions in his score is simply stunning and one that fans will enjoy both within the game and on its own.”

Further details regarding the content of the soundtrack are currently unknown, but we’ll be sure to keep you posted.