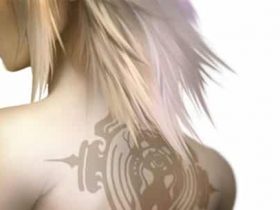 The development studio responsible for the critically acclaimed Toy Story 3: The Video Game, Avalanche Software, are back in the driver’s seat and are working in close collaboration with Pixar to ensure the humour and personality of the feature film are brought to life.

Players will be able to jump straight into the Cars universe with a brand new international spy theme, and is set to feature an array of beloved Cars characters competing in action-packed spy adventures, as well as world-class racing.

Cars 2: The Video Game introduces the international training center for CHROME (Command Headquarters for Recon Operations and Motorized Espionage), where players choose from one of 25 different characters such as Mater, Lightning McQueen and the newly introduced Finn McMissile and Holley Shiftwell and train to become world class spies. As part of their international training, they will participate in simulated hazardous missions using high-tech gadgets to evade and slow down adversaries.

Cars 2: The Video Game will feature connectivity with the World of Cars Online – a free-to-play browser-based, virtual world based on the hit Disney Pixar animated Cars universe. Here, players will be able to discover an exciting new world beyond Radiator Springs with Mater, Fillmore, Sarge, and others as they gain rewards in the video game and then use them to unlock new items in the World of Cars Online.

“Cars is one of Pixar’s most successful and treasured franchises, so we are thrilled to be working with Avalanche Software again to extend our creative vision of the Cars 2 universe into the interactive medium,” said Jay Ward, Cars franchise guardian at Pixar Animation Studios. “Avalanche Software has the technology, experience, and history in working with us to create the best-looking Cars video game to date.””

“The team at Avalanche Software is working on exciting ways to combine the power of the franchise with new storylines and characters in Cars 2: The Video Game to create something unlike any other racing game,” said John Blackburn, vice president and general manager of Avalanche Software. “The combination of racing, international locations and spy themes, and the beloved Cars characters makes Cars 2: The Video Game a truly unique game for players of all ages and skill levels to enjoy.”

Cars 2: The Video Game is due to release across PlayStation 3, Xbox 360, Wii, Nintendo DS and PC/ MAC.