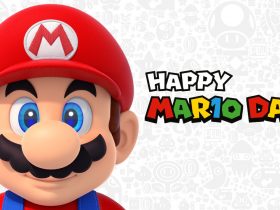 Buka Entertainment and Ravenscourt have announced that Redeemer: Enhanced Edition will release on Nintendo Switch.

In this intense, modern take on the brawler genre, you play as Vasily. Once an elite operative that worked for the biggest cybernetic weapon manufacturer in the world, he escaped to a secluded monastery when the corporation wanted to turn him into one of their cyborg soldiers.

Now, after 20 years in hiding, they have discovered his location. In intense top-down action, you must punch, hack, and blast your way through your enemies – whether that be with fists, hammers, firearms, or even the environment.

When not disarming your enemies, you can brutally dismember them to use their limbs as melee weapons, while a parry system will protect you from harm with a well-timed block.

With the chance to level up your combat skills and use fighting perks, you can also team up with a friend in local co-op to crush your foes.

Redeemer: Enhanced Edition will release at retail and on the Nintendo eShop for Nintendo Switch worldwide on June 25th.