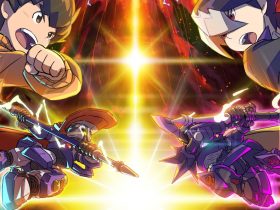 Namco Bandai have confirmed plans to release Digimon World Re:Digitize Decode for the Nintendo 3DS, which is due to release later this year.

Such announcement was made through the pages of Japanese magazine V-Jump, which revealed the existence of the enhanced PSP port.

Additional story chapters will be added to the game as well – The Scheming Demon Lord and The Lamentful X-Antibody.