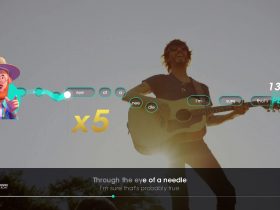 Did You Know Gaming? has covered Super Mario Maker 2, exploring the mustachioed icon’s latest adventure in which players can play, create, and share their own courses.

That has seen the YouTube channel talk about Takashi Tezuka’s desire to make a sequel, the idea behind the Luigi Assist mode, the new music that Koji Kondo composed for the game, Nintendo’s approach to adding the Super Mario 3D World game style, and more.