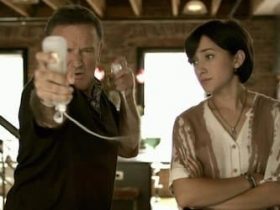 Positioned as a prequel to the original Deus Ex, Human Revolution – Director’s Cut is a startlingly dark tale. It’s the year 2027, a time when technological advances have allowed humanity to take charge of their own evolution through the use of mechanised augmentations. Yet mankind is resisting such advancements, afraid of a future where they may forget the essence of what makes them human.

With Sarif Industries on the verge of revealing an important discovery, a scheming council makes a move to thwart the control that it would grant them. An augmented mercenary group is sent to attack the building, which results in security manager, and protagonist, Adam Jensen being mortally wounded. Rather than let him die, Sarif orders the company to use their most advanced technology to save him, with Jensen waking some months later to unravel the conspiracy and pursue those that were responsible.

What unfolds is an intricately woven narrative that is suitably matched by the world that Eidos Montreal has crafted, Jensen warring with his own resentment at having been forced to use technology that the world around him continually judges him for. 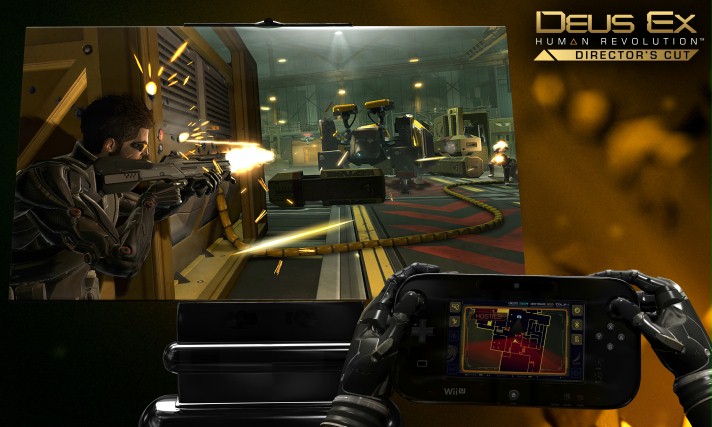 Player choice leads by example throughout, an in-game achievement system teasing the varying angles of approach that can be taken. Morality choices through many of the game’s conversations aside, these largely steer you between playing stealthily or bombastically neutralising your foes – keeping to lethal or non-lethal attacks luring further challenge for those that seek it. This entices multiple playthroughs for those willing to invest the time, seeing how scenarios can differ if you choose to bypass them completely by crawling your way through a nearby ventilation shaft, charging in guns blazing or talking your way out of tricky situations.

Whatever the choice, your effectiveness in your chosen tactic can be improved through unlocking new abilities and augmentations which are granted through levelling up. These are differentiated through those that are automatically activated and those that must be triggered, expending Jensen’s on-screen energy gauge.

These continue to revolve around the game’s core pillars – hacking, combat, stealth, and social conversational skills – using gained Praxis Points in any area that you wish to focus in. Those who enjoy hacking can reduce their chances of detection or unlock the opportunity to turn wayward turrets against your enemies, whilst enhanced social abilities will aid you in successfully steering your way through difficult interactions. Meanwhile, combat upgrades can turn Jensen into a walking explosive, whilst stealth options deliver a cloaking system and X-Ray vision that will aid you in passing danger unharmed. 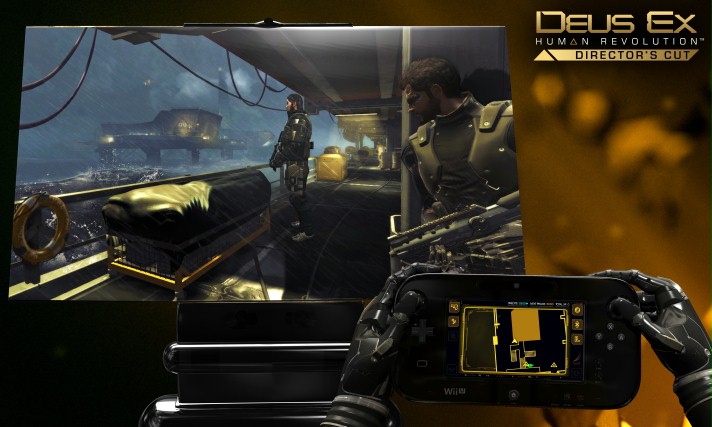 This is all backdropped against Deus Ex: Human Revolution – Director’s Cut‘s cyberpunk world, immersing players in its open-ended hub design and hiding secrets for you to uncover around every corner. You could spend hours alone just foraging around for supplies, reading through articles and emails that breathe life into the world, and generally soaking up idle chit-chat between the NPCs that line its streets.

It fell to Straight Right to rework this Director’s Cut, bringing the weight of their previous experience with working on Mass Effect 3: Special Edition to bear. The project may have lost its previously pledged Wii U exclusivity along the way, but it is clear through the sheer depth of Wii U GamePad integration that this remains the definitive version.

An extension to Jensen’s augmented prowess, the touchscreen interface provides quick access to your inventory, available upgrades, collected notes, and keep a track of any quests that you’re partaking in. It’s also used for tackling the hacking minigames in which you must capture designated nodes, whilst the TV screen presents an overview of any incoming dangers. One misfire, though, is that the GamePad screen must be used whenever you’re lining up a shot with a scoped weapon, a jarring move that sees you unnecessarily flit your view away from the TV. 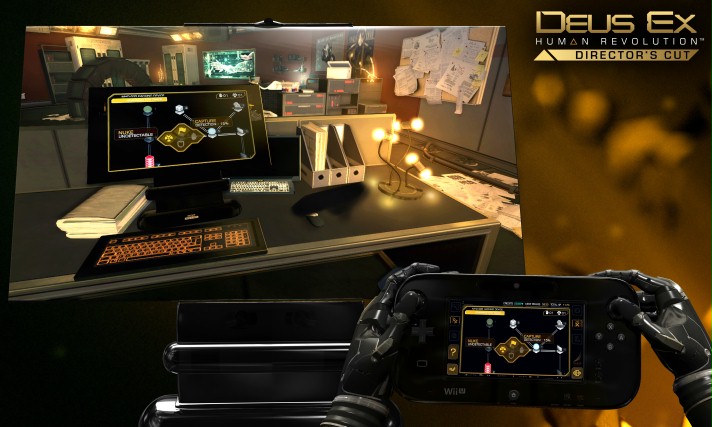 Other areas that receive attention see the Tong’s Rescue and The Missing Link downloadable content now neatly slotted into the ongoing narrative, extending the already lengthy game by a few hours, whilst the boss fights – a key criticism of the 2011 title – also see marginal improvement.

The Developer Commentary recorded by those who worked on the original version at Eidos Montreal is a welcome addition, providing insight into the level of effort required to fulfil their creative vision. You’ll hear about the toils of complying with rating boards, the reasoning behind certain easter eggs, and areas in which they were forced to cut content to meet deadlines, triggering optional prompts to activate this throughout the game’s entirety.

There’s much that we can be pleased about in Deus Ex: Human Revolution – Director’s Cut, successfully improving upon an already ambitious title can be a challenge, but one that Straight Right have met with aplomb. Now reworked for Nintendo’s next-gen machine, there’s never been a better opportunity to revisit or experience 2011’s much heralded classic for the very first time.