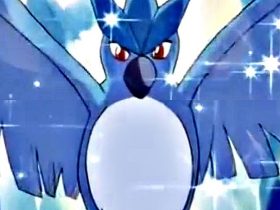 The Pokémon Company International and Niantic have announced a special Pokémon GO event to celebrate the launch of the Pokémon Detective Pikachu movie.

These movie-inspired in-game activities will run from Tuesday 7th – Friday 17th May 2019, and will see the developer increase encounters with Pokémon seen in the movie such as Aipom, Snubbull, Bulbasaur, Psyduck, and Jigglypuff – as well as the chance to catch Shiny Aipom.

There’s also the chance that a Pikachu wearing a detective hat will photobomb your GO Snapshot pictures, which can be caught. And then there’s Special Raid Battles and Field Battles, as well as new avatar items like a detective hat with Pikachu ears and a t-shirt with the movie’s logo.

“We’re excited for fans around the world to immerse themselves in the latest Pokémon adventure with Pokémon Detective Pikachu,” enthuses The Pokémon Company International senior director of consumer marketing, J.C. Smith. “We look forward to celebrating the first live-action film with fun new experiences in Pokémon GO.”

Aiding in the investigation is Harry’s former Pokémon partner, Detective Pikachu – a hilariously wise-cracking, adorable super-sleuth who is a puzzlement even to himself.