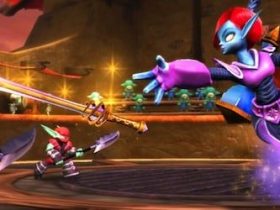 This April, Namco Bandai will once again deliver another game tie-in to Japanese detective manga series Case Closed. Detective Conan: Phantom Rhapsody sees players switch between the game’s namesake protagonist and rival Harley Hartwell by employing use of a zapping system, letting you see the narrative from the differing perspectives of the two characters.

Whilst it most likely won’t head westward, the reasoning combat system where each character uses logic to fight sounds particularly interesting. If intrigued, you can see it in action within the trailer below.