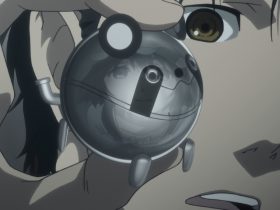 Steins;Gate Elite Out On Nintendo Switch In February 2019

Defiant Development has announced that Hand of Fate 2 will release on Nintendo Switch next week, their action RPG in which you must collect cards and build a customisable deck with equipment, enemies, encounters, loot and other surprises.

After his dramatic defeat in the original Hand of Fate, which has been downloaded more than 2.5 million times, the Dealer now seeks his revenge.

The cards, which are shuffled in with the Dealer’s own challenges, are laid out into a dungeon floor that players will then navigate – with each card presenting an obstacle to overcome.

The sequel has looked to improve on the original game in multiple ways whether that be a new overworld map, tabletop minigames, companions with unique side quests, more robust combat or a deeper story.

Those that pick up the Nintendo Switch version can expect all the downloadable content add-ons that have been released on PC so far, with more to come after it releases on the portable home console.

“We’ve been careful not to tip our hand about this news until now, but our team is thrilled to finally announce Hand of Fate 2 is coming to Nintendo Switch,” Defiant Development director Morgan Jaffit enthuses. “We are very much looking forward to seeing fans having the opportunity to take the game on the go with this exciting new platform.”