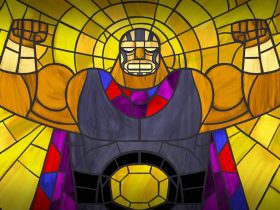 Merge Games and Motion Twin have revealed plans to release Dead Cells Action Game of the Year Edition for Nintendo Switch at retail.

The roguevania-style game has sold more than two million copies since it launched, and, in this new retail edition, you will find the original Dead Cells game and the Rise of the Giant downloadable content.

The box will have a reversible cover that uses previously unseen artwork, with the edition coming with an exclusive prisoner keyring and a new art book.