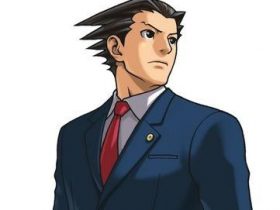 Nintendo UK have announced that Dawn Paine, marketing director and assistant general manager, is set to leave the company after a successful ten year tenure.

Her career with Nintendo saw Paine oversee the launch of the Wii, Nintendo DS and Nintendo 3DS, as well as key software releases such as Brain Training, Wii Sports and Mario Kart Wii. Paine is due to leave on February 24th, before joining her new role as Vice President of Marketing at Universal Pictures UK on March 5th.

“Dawn has been a valuable member of the Nintendo UK senior management team and over her ten years with the company has contributed greatly to our success through her leadership of the award winning NUK Marketing Team”, Yarnton stated. “We would like to thank Dawn for everything that she has done and achieved during her time at Nintendo and we wish her all the best in the future.”

Paine commented “After an incredible, transformative ten years at Nintendo, the time is now right for me, to throw myself into an exciting new adventure. That next chapter will be carved out with the fantastic team at Universal Pictures UK.”

“We are very pleased to welcome Dawn aboard. Her track record makes her an ideal choice for this position”, added Ian Foster, Universal Pictures UK’s regional Managing Director for the United Kingdom and Latin America. “I’m sure Dawn will bring an exciting new perspective to our business. Dawn inherits a strong and motivated marketing team and I am confident together they will help drive our business to future growth and success.”