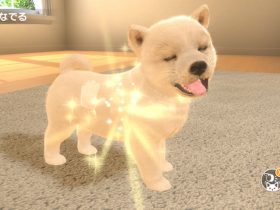 Care For Your Pets In Little Friends: Dogs And Cats On Nintendo Switch

THQ Nordic has announced that Darksiders II Deathinitive Edition will release on Nintendo Switch next month.

The Vigil Games-developed action-adventure game follows the exploits of Death, one of the four horsemen of the Apocalypse, in a weaving tale that runs parallel to the events in the original Darksiders.

He finds himself propelled through light and dark realms as he attempts to redeem his brother War, the horseman who found himself blamed for prematurely starting the Apocalypse.

The Deathinitive Edition comes with the base game and all downloadable content, has reworked and tuned game balancing and loot distribution, uses an improved Graphic Render Engine for higher visual quality especially in terms of lighting and shadows, and has improved and reworked level, character, and environment graphics.

Darksiders II Deathinitive Edition will release at retail and on the Nintendo eShop for Nintendo Switch worldwide on September 26th, priced at £26.99 (€29.99).