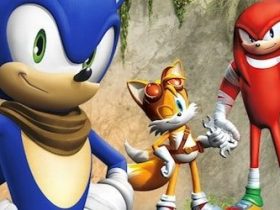 The Pokémon Company International has confirmed that they have once again partnered with GAME to distribute Mythical Pokémon Darkrai, which continues the celebrations surrounding 20 years since the first Pokémon games launched in Japan.

The Pitch-Black Pokémon was first spotted in 2007’s Pokémon Diamond and Pokémon Pearl, and is said to chase away people and Pokémon alike by making them experience deep, nightmarish slumbers.

It will be Level 100 with the ability Bad Dreams, which reduces the HP of an opponent’s sleeping Pokémon. The Dark-type Mythical Pokémon will have the moves Dark Void, Ominous Wind, Nightmare and Feint Attack.

Those that visit their nearby GAME store between 1st – 24th May 2016 can receive it for use in their Pokémon Omega Ruby, Pokémon Alpha Sapphire, Pokémon X or Pokémon Y game.