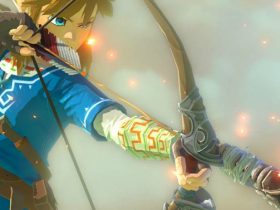 Best Bows In The Legend Of Zelda: Breath Of The Wild

Red Hook Studios has revealed that Darkest Dungeon 2 is in development, a sequel to their award-winning harrowing gothic roguelike turn-based RPG.

We’re short on details at the moment – even the platforms that it is destined for. But, given the fact that Darkest Dungeon was released across PlayStation 4, Xbox One, Nintendo Switch, PC, and PlayStation Vita, it seems likely that it will come to the portable home console in the future.

“In the howling darkness of the end, men will become monsters,” the teaser trailer shares. “But hope will ride with those courageous enough to carry the flame.”

PC Gamer has the exclusive first details about the sequel, as well as a short interview. That confirms the six character classes seen in the teaser trailer – Grave Robber, Leper, Man-at-Arms, Plague Doctor, Highwayman, and Hellion – as well as the fact that Wayne June looks set to return as the game’s narrator.

The sequel’s combat system will be “tuned-up” compared to the original game, while the metagame will have a “completely different” structure.

Darkest Dungeon 2 will release for PC in Early Access on Steam, and we’ll keep you in the loop if it’s confirmed for Nintendo Switch.