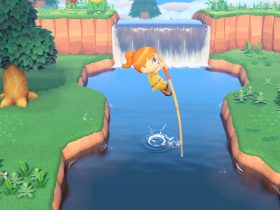 Nintendo of America has posted a developer interview with Daemon X Machina producer Kenichiro Tsukuda, covering topics such as how the feedback from the Prototype Missions demo helped to shape the game and tips on upgrading your mech.

This was originally posted on the Nintendo News Channel on Nintendo Switch, but, seeing as that is inaccessible online, we’ve copied out the questions that Tsukuda was asked with his responses in entirety below:

How would you describe the game?

It’s a game where you put on a big suit of metal armor and you go out to fight enemies on the ground of flying in the air.

How should new players approach the game? What should they focus on first?

The team recently conducted a demo and asked fans for feedback. Based on that feedback, there were a lot of changes made to the game. Why did you feel it was necessary to make those changes?

We really trusted the user feedback. Since the Nintendo Switch system has been out for a while, users have had the chance to play a lot of great games on it.

They have a good feel for what works and how a good game should play on the system. We felt that their feedback was really important to implement, because they were able to bring us a new point-of-view that we could work with and trust.

We really wanted to make sure that players enjoy the feel of the game. You don’t want a user to stop playing because the controls feel awkward.

What were some of the changes that you thought worked best for the game?

We took all the main points that users brought up. A lot of users mentioned that they wanted a better frame rate. When we released that demo, the game was still early in development and had a lot of adjustments that need to be done. So, it was something that we were actively working on, but when we saw the user feedback we made sure to make that one of our top priorities.

Why did the team decide to go with a stylized look?

I feel that photorealistic games start to look the same after a while. We didn’t want to be another photorealistic game in a group where it’s hard to differentiate one game from another. I really enjoy different comic art styles – and now they’re becoming universally known! It feels like our world is getting smaller and closer together, so I felt we could create something in this style that people all around the world would be familiar with and appreciate.

Can you explain how the team decided on the looting mechanic?

When you think about the way a real battle takes place, people who are fighting have to use their environment to their advantage. So, in the game, you go into battles with this powerful mechanical suit. But, if you really want to become stronger and succeed, it’s important to think, “What’s around me? How do I use that to my advantage?” That’s where the loot idea came from.

When it comes to upgrading the mech, where do you think it’s best to start?

Having a strong attack is important, so try to pick a good weapon. If you notice that you’re being taken down easily, going with really strong armor is a good choice, too. Once you get used to the game systems you can think about the finer customization details, like speeding up on land or speeding up in the air – it all depends on your play style. The game is really designed so that you can gradually get into customization.

Fans may be surprised to know that you can customize your character, too. How do you like to modify them?

Actually, I don’t like customizing my character. I sort of leave it as the base model, but that’s really about avoiding power-up upgrades. If we’re just talking about the cosmetics, I really like changing the hair styles and the tattoo decals. If you saw my own character, I think you’d think it’s pretty interesting looking.

What are some of the benefits of jumping out of your mech?

When you’re out of your mech, enemies can’t lock on to you. When you get out of your mech, you can set traps. So, when you’re playing in co-op mode with four players, three players can focus on attacking an enemy while one of them secretly jumps out of their mech while no one’s paying attention, set some traps, and the other players can lead the enemy in that direction.

The game gets a lot easier when you’re playing in co-op because there are a lot more options. You can work together and revive each other, so it really becomes a fun communal activity that you can do with your friends.

Does the difficulty level scale once you start adding players>

Yes, it does get more challenging when you have more players. The number of enemies that you’re fighting against doesn’t go up, so you have an advantage in that regard, but they do get stronger.