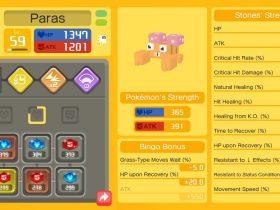 Pokémon Quest Bingo Bonus: How To Strengthen Your Best Team

Serenity Forge and Explosm Games have announced that Cyanide & Happiness – Freakpocalypse Part 1: Hall Pass to Hell will release as a timed console exclusive on Nintendo Switch.

Set in the Cyanide & Happiness universe, you play as Coop “Go Away, Weirdo” McCarthy, a weird, unpopular, ginger-headed orphan who only wants to make the world a better place.

The problem is that nobody likes you. School sucks, you can’t find a prom date, everyone bullies you and your attempts to help only make things worse.

Will you escape high school alive? Who will love you? Why is this game called Freakpocalypse?

Cyanide & Happiness – Freakpocalypse Part 1: Hall Pass to Hell will release first on the Nintendo eShop for Nintendo Switch as a timed console exclusive in Summer 2020.