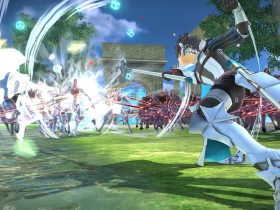 Defend SE.RA.PH In Fate/EXTELLA LINK On Nintendo Switch Next Month

It’s quite rare that I thoroughly enjoy a game that, previous to downloading the review code, I had never heard of before. This is despite the fact that it was originally released in 2012 under the title Maldita Castilla (again, never heard of it) and then released last year for the PC, Xbox One and PlayStation 4 under the new title, Maldita Castilla EX: Cursed Castilla.

I downloaded it and instantly thought that it’s the kind of game I wished I had seen previously because if I had, I would have been all over it right away. Immediately, Cursed Castilla EX reminded me so much of games I grew up with like Ghosts ‘n Goblins and Castlevania in the way it plays, its mechanics, the difficulty level and of course, how it looks. You only have to see one screenshot of the game and you might be mistaken for thinking that this is Ghosts ‘n Goblins game.

You play as Don Ramiro, a knight trying to stop an evil demon and close the gate to hell. One look at him and you can see that he is very reminiscent of Arthur from Capcom’s forgotten series (in their minds at least). You, unfortunately, don’t get to see him running around in his underwear in this title though. Your main weapon also happens to be projectile weapons too, of which you are able to pick up quite a wide range of them, but you can only hold one at any given time. 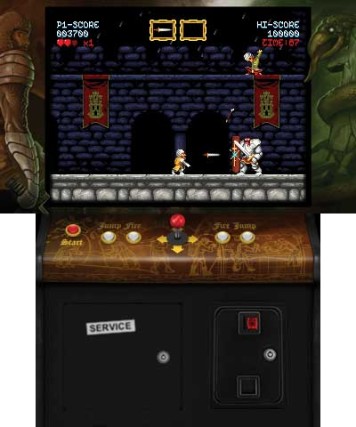 I found it best to always pick up new weapons even if the one I was currently holding was to my liking. This way I got to try out each weapon and see the strengths and weaknesses of them all. Swords are your default and they fire in straight lines, so you can shoot in front of you, straight up in the air and directly below you if you jump first. As a default weapon, they’re a good all-around weapon that everybody who picks up Cursed Castilla EX will know how to use them fairly easily.

You then start to get to weapons like axes that are powerful but arc, so you certainly need to get used to how they work but once you do they can be one of the best weapons to use. Other weapons I found to be good were the Bolas and Holy Fire. I pretty much avoided using a weapon like the daggers as I found they were weaker and are more difficult to hit enemies with. Again, experimenting is the key as everybody will have their favourites and different people will see different qualities than others in certain weapons.

Whenever you die, however, you lose your weapons and go back to the default swords, which can be slightly annoying because if you have a certain weapon you really like and then die, you lose it and you’re probably not going to find that same weapon again for a while. On the flip side, however, it adds a bit more challenge to the game as you can’t just go through the entire game with the weapon you prefer over all of the others. 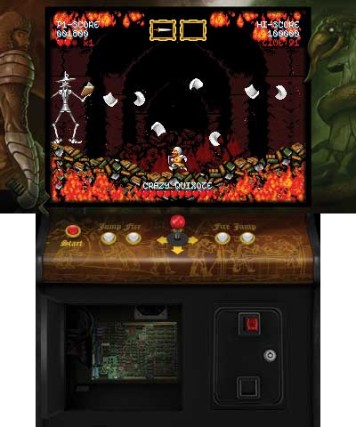 Most of the stages you go through during your playthrough are tough, but I never felt that Cursed Castilla EX was unfair in any way. You will come up against a barrage of enemies but it’s never to the point where it feels impossible, it is just really difficult and you know you just have to do certain things differently. When you die, you don’t start at the beginning of the level or even at a midway point. Each stage is split up into several areas and if you die you just start back at the beginning of the area you have died in. The game can be frustrating at times because you will die, a lot. But not having to restart levels or having to go back a long way whenever you do die, certainly helps keep the frustration down somewhat. There’s nothing worse than playing particularly lengthy sections over and over, only to keep dying at the same point. So this is definitely welcome.

The game is decent in length and it’s roughly the same as those that influenced Cursed Castilla EX. There are plenty of secrets to be found and you’re definitely not going to find them all during your first playthrough and there are also four different endings to unlock so it’s definitely worth replaying, especially if you are a completionist. If retro-inspired games are your thing then this is well worth the time and effort and you’re going to really enjoy the challenge this will bring. A really, really good game that deserves to be on your 3DS console.