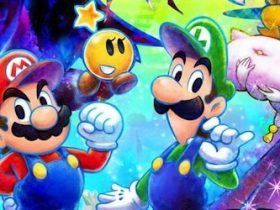 The Year of Luigi closes with Nintendo eShop sale

After worldwide success on Wii U, Cypronia has announced that Cube Life: Island Survival HD is now in development for Nintendo Switch.

Having released at a time when Minecraft Wii U Edition‘s existence wasn’t known, the shameless clone managed to place high in the Nintendo eShop charts in Europe, North America, and Japan.

Cypronia is yet to detail the differences between the original and HD versions, but early screenshots suggest that one chance will be implementing realistic textures.

We were relatively impressed with Cube Life: Island Survival irrespective of its block-based inspiration, concluding in our review: “As was once said, ‘imitation is the sincerest form of flattery.’ But, Cube Life: Island Survival works hard to strike out on its own terms. This can be seen as a solid foundation to Cypronia’s take on the block-building genre, and with updates promising to add local multiplayer, bug fixes and additional features, it’s clear that it will only continue to evolve in response to community feedback.”