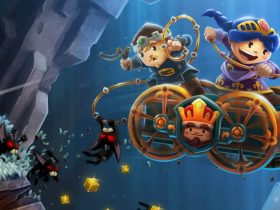 Despite petitions, rumours and swerving comments, Crystal Dynamics have seemingly struck the final nail in Wii U owners hopes of Tomb Raider being ported to the platform.

Expectations heightened when the LinkedIn profile of Straight Right’s Chris Slater revealed that the Australian studio were porting a triple-A Square Enix game to Wii U.

Within a recent video interview with True Gaming, Crystal Dynamics’ creative director Noah Hughes made comments that inadvertently struck Tomb Raider from being such project, amid praising Nintendo’s new console.

“I’m always a fan of Nintendo systems,” Hughes began. “In particular they really push interface design, and from a game design perspective it’s fun to play with new interfaces.”

He continued, “Having said that, it’s something that I think we would want to tailor the experience to if we were going to do it, and currently we’re offering it on PlayStation 3, Xbox [360] and PC, and all three of those are really trying to deliver roughly the same experience but delivered best on each platform.”

“I think something like the Wii U often asks you to do something unique, based on a unique interface so that’s something as a gamer I love but it’s something that you don’t want to do half-heartedly as a developer.”

[Thanks to Emily Rogers for the news tip]