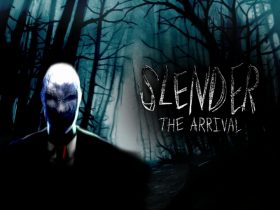 Slender: The Arrival Out On Nintendo Switch This Month

Nicalis has announced when Crystal Crisis will release on Nintendo Switch, a colourful gem-matching combat game where successful matches will let you inflict damage on your opponents.

Through matching gems and unleashing combos you will build up your burst gauge that can be used to trigger powerful, board-breaking hits that will leave your opponents in pieces.

And, a new wrap-around feature will let you move a falling piece beyond the edge of the playfield to reappear on the other side. This even lets you divide it into two separate gems by allowing it to drop while the two halves are straddling the border.

With Arcade, Survival, Tag-Team and Training modes, you will also be able to challenge friends, family and Crystal Crisis warriors around the world in local and online multiplayer.

There are 19 playable characters that include fan favourites from Cave Story and The Binding of Isaac, that will each have their own home stage, musical theme, unique special attacks and extensive voice-acted exclamations.

Crystal Crisis will release at retail and on the Nintendo eShop for Nintendo Switch worldwide on 23rd April 2019.