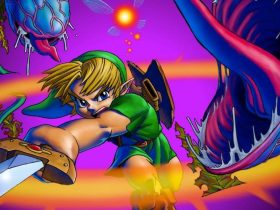 Nussoft has released a new trailer for Fight Crab, which Mastiff will help to see release on Nintendo Switch.

In this upcoming 3D action game you play as a crustacean who must fight off other giant enemy crabs.

The generous gods once granted these crabs ultimate strength and intelligence, and, in this far-off world, they armed themselves with human weapons and took control of the lands.

Immortal beings that cannot be killed with swords or guns, there is one principle fact that rules these lands: “Those who are flipped onto their shells, shall be cooked into a crab cake, or mouth-watering rangoon.”

Your goal is to flip as many crabs as possible, as, those that embarrassingly flipped onto their shells, must submit to the pot.

Fight Crab will release on the Nintendo eShop for Nintendo Switch worldwide in 2020.