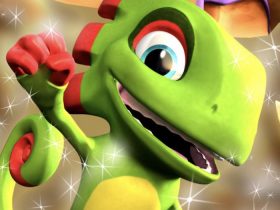 Maximum Games, Big Ant Studios, and the England and Wales Cricket Board have announced when Cricket 19: The Official Game of the Ashes will release on Nintendo Switch.

To release just in time for the 2019 Ashes, you can guide your team to Ashes victory or battle it out for ODI glory. As the official game, that means that you can expect photo-realistic character models of all men’s and women’s players.

There are multiple modes to participate in, too. Those include the deeper and more narrative-driven career mode, a world championship tournament, and the scenario mode – presenting the chance to recreate classic matches to then share them online to challenge others to change history.

“Big Ant Studios games have always been known for deep customization and flexibility”, explains Big Ant Studios CEO, Ross Symons. “With Cricket 19 we take this to the next level, with even more gameplay modes, more options, more ways to play and much more customization.”

England and Wales Cricket Board commercial director Rob Calder adds: “We are delighted fans can now get their hands on Cricket 19. Big Ant have been great to work with ensuring that the game achieves authenticity and realism. The Ashes is cricket at the highest level and Cricket 19 delivers a first-class experience for gamers.”

Cricket 19: The Official Game of the Ashes will release at retail (digital-only) and on the Nintendo eShop for Nintendo Switch worldwide on May 28th.