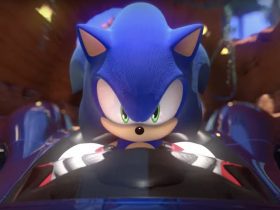 Team Sonic Racing Guide: Six Tips To Get Ahead In The Kart Racer

Big Ant Studios has announced that Cricket 19: The Official Game of the Ashes will release on Nintendo Switch, created in collaboration with the England and Wales Cricket Board.

This has continued to build on Ashes Cricket, and has all formats of the international game, both men’s and women’s teams, all host venues, and the Specsavers Ashes – fully licensed for both England and Australia.

The opposition is more realistic than ever before thanks to enhancements to the AI engine, sussing out your team’s weaknesses when bowling or rotating the strike to protect weaker players when batting.

There’s a new scenario mode that lets players recreate the greatest matches in history that can be shared online, and the career mode will see you build a story around your player – with how they look in the news headlines affecting your potential career trajectory.

“We have the most active and passionate community. Many of our players logged thousands of hours with our previous cricket titles, and Cricket 19 is very much built on the experience of those players,” explains Big Ant Studios CEO Ross Symons.

“Whether you’re looking to enjoy a 20-year cricket career that takes you from the club level to captaining the national team, re-create an ODI or IT20 series or take part in the Ashes, or just bash some balls around with friends, Cricket 19 has you covered.”

Cricket 19 will release on Nintendo Switch worldwide in May.