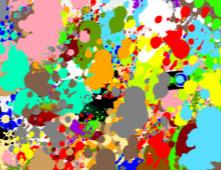 LEVEL-5’s western plans for Yo-kai Watch may be neatly falling into place, but that certainly doesn’t appear to have distracted them from maintaining their momentum in Japan.

Siliconera reports that this month’s CoroCoro Comic has revealed that Yo-kai Watch 3 and Yo-kai Watch Busters are currently in development.

Yo-kai Watch Busters will be familiar to those that may have played Yo-kai Watch 2, having been a multiplayer mode in which players can become a Yo-kai and battle against fearsome Oni. This will now be spun-off into a separate game, allowing four players to join forces in working together to topple their enemies – sounding like a more child-friendly Monster Hunter.

That’s all we know for now, but CoroCoro Comic have promised to share more details within next month’s issue.