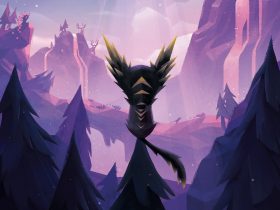 Blowfish Studios and Error 404 Game Studios has announced that Obey Me will release on Nintendo Switch, a cooperative holypunk brawler in which angels and demons wage an invisible war.

With mankind’s souls hanging in the balance, Vanessa Held, a former human-turned-lesser-demon, and her Hellhound companion Monty must work to unravel the conspiracy that surrounds her.

Vanessa’s savage skills, weaponry and evasive teleportation are coordinated with Monty’s feral attacks and magical skills that can be super-powered by his elemental transformations. Then, after absorbing the souls of their fallen foes, you can unlock upgrades and learn more fearsome combos.

They can also combine their powers through a Fusion Mode, merging the pair together to become an avatar of destruction – unleashing the deadly Soul Overload attack when the Fusion bar is full.

“Obey Me’s universe, woven through both a game and comics, intrigued us from the moment we first tried the game out,” explains Blowfish Studios CEO Ben Lee. “The added depth from the back story provides much higher stakes while fighting against the forces of heaven and hell.”

Obey Me will release on the Nintendo eShop for Nintendo Switch worldwide in Q3 2019.