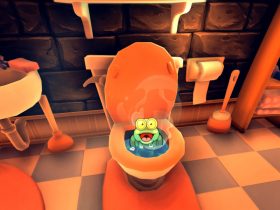 Nintendo of America has posted a developer interview with Contra: Rogue Corps producer and general director Nobuya Nakazato, a new canonical entry in the over-the-top run-and-gun series that picks up after the events in Contra III: The Alien Wars.

This interview was originally posted on the Nintendo News Channel on Nintendo Switch, but, seeing as that is inaccessible online, we’ve copied out the questions that Nakazato was asked with his responses in entirety below:

How do you think the Contra series has evolved over the past 30 years?

The first games are more focused on fighting small enemies and ending with a larger boss fight. But with the newer generation consoles, we get the chance to introduce bigger enemies, bigger bosses, and we can be a little over-the-top.

We were able to introduce crazier and crazier things to these games, but we’ve also kept a few things to make the game feel familiar to players. The games share a simple control scheme that are very simple to use. You grab the controller and you’re able to play right away. It’s also always great to share the fun with your friends [with 4-player co-op].

You’ve worked for Konami for many years. How do you feel that the previous experience helped with developing this game?

I’ve worked on several key titles for the Contra series, Teenage Mutant Ninja Turtles, and Castlevania: Symphony of the Night, so I have a lot of titles under my belt. All of those years were spent researching “What makes a good action game” or “What makes a game comfortable for players?” This past experience is what drives me to try to make great games.

Where does this game take place in the Contra timeline?

The story takes place right after Contra III: The Alien Wars. At the end of Contra III, the war has ended and there’s supposed to be a return to peace, but there’s been an incident… That is what will be shown in the new game. The earth has to fight again!

What is your favorite Contra weapon?

The Spread Shot is my favorite because it makes the player feel great! In one shot, it can take out a lot of enemies at once. So, you can expect to see that weapon in the new game.

Contra: Rogue Corps will release for Nintendo Switch worldwide in North America on September 24th, and in Europe on September 26th.