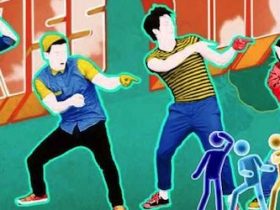 GAME reportedly claimed the largest market share for the Nintendo 3DS launch, despite a continual price ware between supermarkets and online rivals. Ian Shepherd, Chief Executive Officer of GAME Group Plc believes that such instance proves how specialist retail outlets can be of benefit to the video games market.

Prices soon fell from the initial £229.99 to those as low as £179.99 ahead of Nintendo’s launch of the handheld across the UK on March 25th, with both high-street and online retailers seeking to gain the market majority and steal pre-order placements from their rivals.

“A lot of our UK competitors were playing with one club, which was headline price,” Shepherd stated. “If I believed only what I read in the papers, then the view would’ve been that a lot of the general retailers were very aggressive on price so must have done well. Actually, what we saw is that GAME did very well.”

He continued, “When a product is new in the marketplace, the customer turns to the specialist. They want to talk about the product, they want to see it demonstrated, they want to put pre-orders down and they want to trade in their old DS to get money off the new product.”

“We took the largest market on 3DS, despite all the price competition – we sold the product profitably – and were still able to give customers fantastic value by using trade-in, reward points and other elements of our mechanic,” Shepherds added in closing. “As a story, I think it is a fantastic illustration of the power of the specialist retailer. It is not true of every market, but it is true of the games market and of GAME Group.”