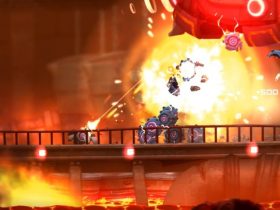 Set in ancient Greece, Egypt and Asia, the gods seek a hero who can slay the Titans that have escaped from their eternal prison. It’s the chance to explore the Ancient World to uncover arcane mysteries as your journey to legendary locations, battling mythical beasts in a story-driven campaign that will determine the fate of all existence.

With 2-6 player online cooperative multiplayer, too, players can build and customise their characters with 28 classes and more than 1000 pieces of unique and legendary items.

Originally released for PC, it will come as no surprise that the UI and controls will now be tweaked and “tailormade” to play on console, with “fully reworked textures” helping to modernise the experience.