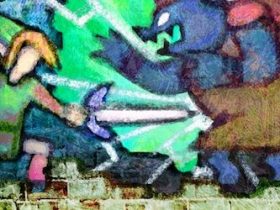 Club Nintendo scores The Legend of Zelda: A Link Between Worlds soundtrack

Conception 2: Children of the Seven Stars has at last been pinned down with a European release date, Atlus slating the game’s arrival for May 15th.

Destined for a digital-only release through the Nintendo eShop, players are placed in the role of “God’s Gift,” a teenager imbued with the power of the Star God. With such gift, you must maintain relationships with several heroines with whom you can create Star Children to fight against the Dark Circle.

It sounds peculiar, but those interested can download a free demo through the Nintendo eShop, with any progress being carried over to the retail version, as well as rewarding you with bonus items.