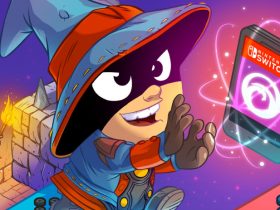 Daedalic Entertainment and Kong Orange have confirmed a release date for Felix the Reaper on Nintendo Switch.

In this 3D shadow manipulation puzzle adventure, you play as Felix, a reaper that works at The Ministry of Death and who has fallen in love with Betty The Maiden from The Ministry of Life. He believes that going to the human world and working as a field reaper will let him meet her one day.

Felix must move in the shadows and manipulate the environment to make sure that the Ministry of Death meets its quota, practicing his dance moves while he is at it. Completing a level will unlock a hardcore version while collecting skull achievements will unlock bonus time trials.

Felix the Reaper will release on the Nintendo eShop for Nintendo Switch on October 17th.