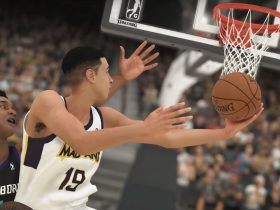 SEGA has announced that Puyo Puyo Champions will release on Nintendo Switch, the next game in the colorful puzzle series that fast became a popping sensation.

Known in Asia as Puyo Puyo eSports, the game is based on the Puyo Puyo 2 (Tsu) and Puyo Puyo Fever’s fan-favorite rulesets and has a strong focus on global online competitive multiplayer.

There are 24 lovable characters to choose from, and Fever Mode returns to let you crush your opponents with ready-made chains.

There is also a new eight-player Tournament mode, to compete against friends and family in local multiplayer. Whereas, as well as auto-saved replays, Battle History presents a visual timeline of the biggest moments of a game with timestamps.

Puyo Puyo Champions will release on the Nintendo eShop for Nintendo Switch worldwide on May 7th, priced at £7.99 ($9.99).