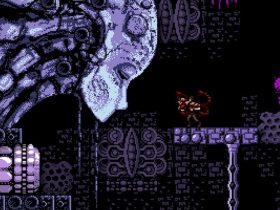 CIRCLE Entertainment and Centrosphere Games have announced that Button Button Up! will release on Nintendo Switch this week.

This colorful platforming adventure has combined single-player, co-op, and competitive battles modes, in which you must solve puzzles and clear hazards.

That could see you sew buttons in the air to lock into a platform, kick other buttons for the momentum that you need, or blocking dangerous lasers that match your color.

The solo campaign is broken into four chapters that will each introduce a new character and unique challenge, with the chance to use the materials that you collect on your adventure to unlock collectibles and customizations for your characters.

Teaming up with a friend will let you tackle the co-op campaign, which has levels that have been specifically designed for two players – although, as an extra challenge, you can play them solo.

Those looking for more competition can head into the VS mode, where up to four players can battle it out locally – whether that see you standing your ground in Base battles, or doing your best to be the last one standing in Survival.