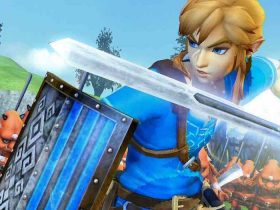 Aksys Games has announced that Collar X Malice: Unlimited will release on Nintendo Switch this August.

To be made available outside of Japan for the first time, this is the follow-up to the popular suspense-filled otome game, Collar X Malice.

You will have the chance to return to the game’s thrilling but deadly world, which comes complete with an exclusive Interlude, After Story and Adonis play modes.

Revisiting the characters and events of the original game, you will build new relationships and pick up the pieces from the aftermath of the first X-Day Incident.

After that, you must search for traitors hidden deep within the shadowy Adonis organization in a desperate race against time before the next cataclysmic X- Day arrives.

The Collar X Malice: Unlimited Limited Edition ($69.99) will include a physical copy of the game, an exclusive soundtrack with 30 music tracks from both Collar X Malice games, a premium 1-inch Adonis organization pin, and a collectable X-Day coin.

Collar X Malice: Unlimited will release at retail and on the Nintendo eShop for Nintendo Switch worldwide in August 2020.