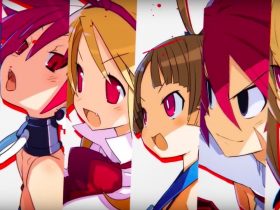 I’ve always been a bit of a hopeless romantic, so as a visual novel fan this naturally made me gravitate towards Otome games. They tend to have a stronger focus on romance then traditional “dating-sim” games, and owning a vita half a decade ago meant I got to witness the sub-genre flourish in the west. If there’s one genre of visual novel I love more than any other it has to be Mystery, so when I heard about Collar X Malice in 2017 it instantly caught my eye. A murder mystery game that also involves falling in love with hot anime dudes? Sign me up! When I finally got my hands on it I found it to easily be the best Otome game I’ve ever played, and its still my favorite to this day. When I heard it was coming to Nintendo Switch I was ecstatic to revisit it and was pleasantly surprised just how enjoyable I found it even three years later.

The story takes place in Shinjuku, which has been locked down due to a series of monthly atrocities known as the X-Day Incidents by a terrorist group known as Adonis. They’re using these incidents to pass their own form of justice down to the corrupt institutions that plague Japanese society. In response to this, the government has lifted the country’s firearm ban and issuing everyone over the age of 20 with a gun. With such a drastic change in society, chaos has sprouted up and crime has increased significantly. Our main character, Ichika Hoshino, is a police officer who works for the Special Regions Crime Prevention Office. She’s kidnapped during a shift one night and wakes up with a Collar stuck to her throat by Adonis. If she doesn’t follow their strict orders and solve the mystery with the help of a group of ex-detectives, she’ll be injected with poison and killed.

I won’t get too much into the plot because these games live and die on their stories, but I find the combination of romance and mystery does a great job making the story more engaging for potential newcomers of Otome games. The game is divided into multiple routes, with the choices you make in the game’s first chapter deciding which route you will start in. Some routes are locked behind finishing others, and since each route involves a certain part of the mystery you’re encouraged to complete all of them to get the full picture. Revisiting it for this port made me appreciate it even more, and while I think its far from the best mystery story ever told I think its probably the best you’ll find from the Otome genre. It touches on neat ideas for a game like this and does more with the mystery than just lazily using it as an excuse to have a romance plot.

Ichika is a very endearing, yet flawed main character who players will quickly find relatable. She’s kind yet stern when she needs to be but still struggles to make connections to people in her field. There’s plenty of clichés I never noticed on my first time through, but I personally don’t feel that takes away from the game that much. I’m totally fine with cliche in my media if the execution leads to a satisfying narrative and cast of characters, which Collar X Malice certainly provides. The stakes from the murder mystery aspect of the plot only improves the romance side of the game, helping bond Ichika to cast of detectives.

Collar X Malice has some neat additions to the gameplay loop that keep it from growing as stale as many traditional visual novels. There are still dialogue choices that branch the plot, but that’s not all that will affect the outcome of the story. Quick time events will pop up occasionally which tie into segments when Ichika needs to shoot her gun at a tense scene, and failing these can result in a game over. There are moments in the day-time where you can choose where to explore the police station Ichika works at during her free time, which changes what scenes you witness and what information you take in. Lastly are point-and-click investigation scenes, which are infrequent but fit in perfectly for this kind of story. The investigation segments do feel a little clumsy compared to most of its contemporaries, but I’ve always found that I was just happy they included them at all. Otome games rarely take risks like this, and even if Collar X Malice fumbles at some of the things it attempts to do I still respect them for attempting them at all.

In the transition from Vita, I was pleasantly surprised to see the touch screen implementation brought over to the switch along with a nice resolution bump of the art assets. The backgrounds look a bit blurry at times, but still completely serviceable. The character art looks incredible, and I’m glad such stunning art was able to be presented in higher quality. The sound quality is pretty decent, but if there was one thing I was hoping for it was for Ichika to maybe gotten voice acting in this port. I know voiced protagonists are a rarity in this genre, but I’ve always loved it when Otome games take the effort to offer optional voice acting for the main character. This is the biggest of nitpicks since the Switch port never promised new content, but I find it to have been a missed opportunity. The full Japanese voice acting with the exception of Ichika is just as good as I remembered it being, and the soundtrack is pretty memorable too. The opening song is still one of the catchiest things I’ve ever heard.

The style of the game is worth noting and is one of the highlights of the experience. The menus feature a sharp black and white motif, with accents of red for extra visual flair. The text on these is simply striking, and I found myself sitting on the title screen just blown away even on this second playthrough. One nice little touch that makes it stand out is that the prominent romantic leads in the game all have color-coded text boxes. The previously mentioned exploration and quick time event action scenes have incredibly stylish art accompanying them, which helps knock their inclusion out of the park.

There weren’t many issues I noticed with this port, the main thing was a couple of Ichika’s inner monologue lines clearly wrongly places in dialogue boxes. Easily patchable and hardly experience ruining, so if it doesn’t get addressed I doubt I’ll be losing any sleep. I played the game entirely on my Switch Lite to get a similar experience to the when I played it on Vita, and I had a wonderful time.

Collar X Malice still remains an entertaining visual novel and remains my favorite Otome game to date. So much of what it does appeals directly to my interests, and I’m glad it has the chance to get the recognition it deserved. I feel it’s the perfect introductory Otome game because the mystery is interesting enough to appeal to casual visual novel fans, and Otome fans can enjoy both that and the great cast of guys. Takeru is the best of course, but you’ll just have to see that for yourself.