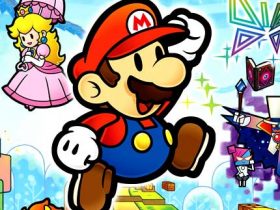 Codemasters CEO Rod Cousens has stated his belief that Nintendo are going to have to ensure that the Wii U is “very keenly priced” in order for it to be an attractive purchase for consumers.

“Everybody knows [pricing and launch info] is coming. I anticipate further price cuts on existing consoles prior to Christmas this year, and there’s room for further price cuts next year,” Cousens explained. “So Wii U needs to be very keenly priced – and in the same way that Sony is having to price Vita when the competition is smartphones and tablets. Pricing is critical in a very fragmented hardware space. So I am not sure they are going to be able to come out and hit a premium price point from the outset.”

He continued, “But Nintendo is smart. It is always innovative. It has demonstrated its breakthrough ability in the past, so let’s see if it can do it again. And the industry should cheer it on.”

Cousens also reiterated that the publisher would be bringing DiRT to the platform, and confirmed plans to also produce Wii U versions of their successful F1 series.