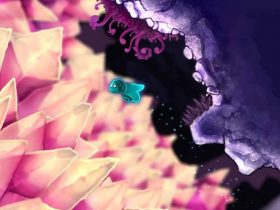 The side-scrolling fighting genre was at one point the biggest in gaming. Games like Streets of Rage, Final Fight and Double Dragon were all the rage.

Arguments in the school playground were legendary over which was better, Final Fight or Streets of Rage – to which Final Fight is the right answer, obviously. By the dawn of the 32-Bit era, the party was over.

Then in 1996, Treasure released the sublime Guardian Heroes. At its heart, the game was a scrolling fighting game but added RPG elements to elevate it above the average scrolling brawlers of the time. 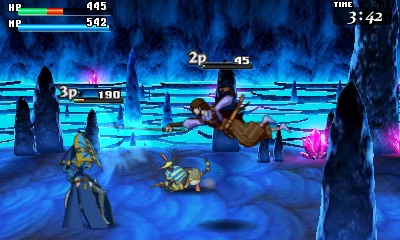 Meanwhile, games such as Fighting Force attempted to transition the Streets of Rage experience to a three-dimensional space, whilst Treasure simply added two additional planes making it possible for the player to move to foreground and background.

Guardian Heroes’ director and character designer Tetsuhiko Kikuchi and lead programmer Masaki Ukyo worked on Code of Princess, this latest Nintendo 3DS exclusive take on the genre, and you can really tell!

The game shares so many elements with Guardian Heroes from the levelling up through combat, to the three layers of the structured playing field. Whilst there are such echoes of the past, sadly the game just doesn’t anything for me. 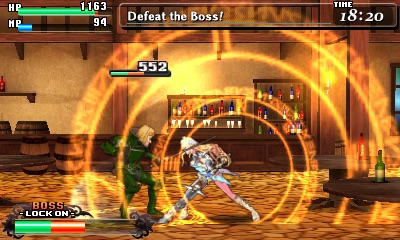 Having been a huge fan of their previous critical success, this game just doesn’t strike the same chords with me at all.

I won’t bore you with the story, as it is very run of the mill stuff. Although the game shines in combat, and this can be played online which adds some weight to the shallow single-player experience.

In recent years the return of the side-scrolling fighter has mostly been signalled by remakes or re-imaginings, such as the brilliant Double Dragon Neon. But with Code of Princess, the creators have just kept to what they are comfortable with and not pushed any new ideas into the genre.

One day I hope the genre can return with new ideas to reclaim gamer’s hearts, and wallets, but Code of Princess is not the game to bring the genre back.