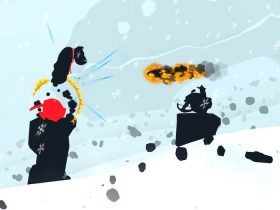 Whitethorn Digital and Contigo Games have revealed that StarCrossed will release on Nintendo Switch this month.

This action-arcade game has been created with “a magical girl aesthetic and a cooperative twist centred around themes of togetherness and unity.”

Whether it be the Story Mode or endless Arcade mode, StarCross has been “designed from the ground up” to deliver two-player co-op action.

You will choose a pair of characters from a five-strong inclusive cast that each has their own ultimate ability and personality, before seeing how their relationship develops on their sparkle-filled space journey to defeat an evil that threatens the galaxy.

StarCrossed will release on the Nintendo eShop for Nintendo Switch worldwide on 29th April 2020 priced at $9.99.