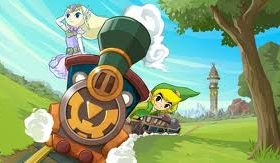 Nintendo have announced that they are preparing to discontinue their Club Nintendo reward service worldwide, to be replaced by a new loyalty program that the company is to reveal at a later date.

The service, which has ran for more than six years and allowed members to exchange Coins or Stars for posters, figures and downloadable games. In North America, members can continue to earn Coins until the end of March, after which they will have until the end of June to redeem. Whereas in Europe, Stars can be earned and redeemed until 30th September 2015.

“We thank all Club Nintendo members for their dedication to Nintendo games and their ongoing love for our systems and characters,” commented Nintendo of America’s executive vice president of sales & marketing Scott Moffitt. “We want to make this time of transition as easy as possible for our loyal Club Nintendo members, so we are going to add dozens of new rewards and downloadable games to help members clear out their Coin balances.”