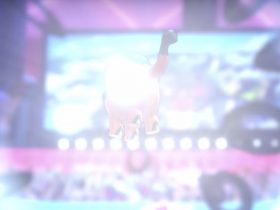 The Pokémon Company has revealed the Pokémon Home app, a cloud-based service that will let you manage your collection of Pokémon across many games.

Created for smartphone devices and Nintendo Switch, the goal had been to “leave behind the boundaries of a single system.”

Those that use Pokémon Home on their smartphone can also trade with friends or others around the world directly from the app.

“Pokémon was born as a video game for the Game Boy, and has evolved into a wide variety of content beloved by Trainers all around the world,” Game Freak director Junichi Masuda explained at the press conference.

“With the release of Pokémon Let’s Go, Pikachu! and Pokémon Let’s Go, Eevee! as well as GO, we have also seen a large number of new players who are experiencing Pokémon for the first time. As a result, in recent years the world of Pokémon has become broader than we could have ever imagined before.

“At the same time, we also have a great many players who have gone from Game Boy Advance to Nintendo DS and also onto Nintendo 3DS using the connectivity features to bring their Pokémon with them on adventures through various regions along the way.

“These Pokémon exist beyond just a single game or hardware device, and have become irreplaceable to their Trainers. This special relationship is something unique to the Pokémon world. With so many parts different parts of this Pokémon world, we wanted to make a single location where they could all come together and use that to deliver a new experience that not only connects Pokémon with a variety of games but also connects players with each other. We’re calling it Pokémon Home.”

Pokémon Home will release for iOS, Android, and Nintendo Switch worldwide in early 2020.