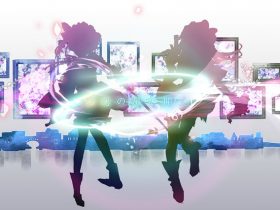 CIRCLE Entertainment and Something Classic Games have announced that Shadows of Adam will release on Nintendo Switch, created as a love letter to JRPG genre classics.

Sheltered from the outside world thanks to the impenetrable haze of the Misty Woods, the village of Adam has enjoyed peace since the Wraith War.

The dark power behind the war has since vanished, but that darkness has returned and Orazio, Adam’s legendary hero, disappeared 10 years earlier.

His son and adopted daughter must wrestle with the dark secret that he left behind, which must now be revealed if they are to save the village and their departed father – even if it could unhinge the world.

With multiple playable characters and fast-paced battles, the Nintendo Switch port will also come with the Guild of the Artificers downloadable content.