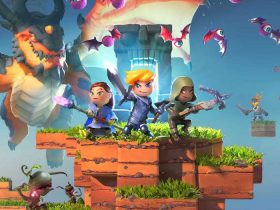 Alongside NBA 2K19, NBA 2K Playgrounds 2, and Carnival Games, it was the fourth game that the company released for the console in 2019, and, having struck a chord, will now see them explore “the right kind of properties” to bring over.

“We felt good about the platform and we put the titles on Switch that we felt were going to perform well,” Take-Two Interactive CEO Strauss Zelnick explained. “We are excited about continuing to support the Switch for the right kind of properties.”

We enjoyed our time with Civilization VI on Nintendo Switch, concluding in our review: “Civilization VI has been one of the most demanding experiences I’ve ever played and while the barrier to entry will be intimidating to newcomers, it’s a game that rewards those willing to put in the time.

“You wouldn’t think a PC series would work so well on the Nintendo Switch but Firaxis has accomplished quite the feat and delivered one of the strongest third-party offerings the console has seen.”